Everything You Need to Know About Mansard Roof

Everything You Need to Know About Mansard Roof

When it comes to the architectural design of any home, there isn’t a single design or configuration that is considered the best. They all depend on the preferences and the needs of the homeowner. For this reason, buildings and houses do not look similar at all, but they all serve the same purpose—to create a living space that you can call home.

One particular part of any home stands at the top of everything. Your roof is what shelters you from the elements and keeps your home warm, cosy, and comfortable. There are actually many roof types used in different homes. They come in different designs and materials, each with its own unique properties. The Mansard roof style, in particular, is probably one of the oldest roofing styles still used today by many building engineers and architects. But what exactly is Mansard roofing? This guide should help you discover some of the features and secrets of Mansard roofing. 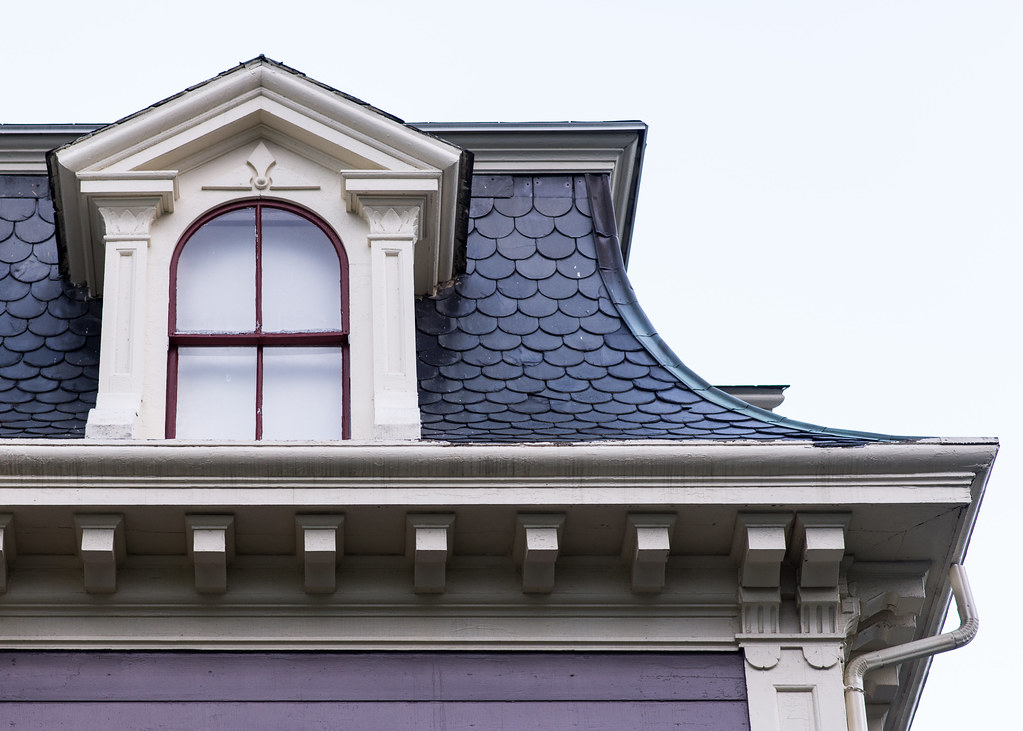 Take a look at what you can learn from this article:

What is a Mansard Roof?

Mansard is a type of roofing that is known to have two slopes on every side of it, with the lower slope being considerably steeper than the upper. If you look at a cross-section of it, you might mistake it for a gambrel roof, but it actually differs a lot from it if you display the same profile on all sides. That’s because gambrel roofing only has two sides, and a traditional Mansard roof has four.

The History of Mansard Roofs

The Mansard roof was popularised back in the 17th century by a famous architect named Francois Mansart. During that time, this style of roofing was unheard of, so Mansart used it as his own distinctive style when making houses and buildings. He used it extensively when building chateaus and grand townhouses that caught the attention of many people. For that reason, the style was eventually named after him, even though he wasn’t technically the one who created it.

The true creator of the Mansard-style of roofing was Pierre Lescot. Back in the year 1550, Lescot used this particular style on a part of the Louvre Museum in Paris, France. While it became a bit popular for a short period of time, Mansart’s use of the style made it an exceedingly fashionable feature in many architectural masterpieces in France and the rest of Europe. Eventually, Mansart’s architectural designs spread like wildfire, and it even reached other western countries, including Canada and the United States of America. Aside from their aesthetic features, Mansard roofing systems were generally favoured by many people during that time because it’s relatively easy to repair when damaged due to their design.

Mansard Roof vs Other Roofing Styles

Mansard roofs feature a distinctive design with two slopes on every side of it. Other roof covering types like the gable-style roofs only have one slope on the front and back of the home. It also doesn’t come with a slope or overhand on the sides. In a hip-style roof, on the other hand, there’s also one consistent slope of the roof, but it exists on all four sides of the home rather than only on two like the gable. The reason Mansard roofs are compared to these two styles is that those two are much more commonly used today than the Mansard.

Despite Mansard roofs being rarely used in building construction compared to its former popularity, it still has many advantages that other styles may or may not have. Some of the most notable advantages of Mansard roofs include the following:

Of course, along with the advantages also come with some disadvantages that even the Mansard roof has. It’s by no means a perfect roof design. Here are some of the most common and pressing disadvantages.

Mansard roofs proved to be quite revolutionary in terms of their design and construction back when they were first introduced. It still remains one of the most elegant-looking roof covering types still used today. But with more modern and efficient designs being used and developed, the Mansard style has become more of an iconic piece of architecture than a practical choice for construction.

If you’re looking for roofing companies in Idaho and North Carolina you can trust, there’s no other choice but Southern Premier Roofing. We are the top-rated roofing experts in Fayetteville, Raleigh, Boise, and Caldwell. Whatever roof covering types you may have, we can fix any issue for you. Expect quality service at affordable rates only from our team of roofing technicians. Contact us today to request a free estimate!