Southern Premier Roofing’s thorough knowledge of roofing techniques and practices help benefit you, our customer. Our extensive range of project capabilities means we can tackle any roofing, siding, gutter or painting job.

Rest easy knowing that a trained team of property improvement professionals are ready and eager to tackle any construction project that you throw at us! That’s why Southern Premier Roofing is one of the top-rated restoration companies in the region.

This is the archive page description

While most people think of the same old asphalt shingles when someone mentions getting a new roof, your local roofing company has more capabilities than you’d think. Especially Southern Premiere Roofing, Fayetteville NC’s most experienced local roofing company, stays on the cutting edge of new roofing materials and roof technologies.

The latest in this kind of solar roofing technology are solar shingles: roof shingles that are also solar panels! While the Tesla car and technology company got famous by promising solar shingles, these are from one of the most reputable roofing manufacturers in the industry: GAF.

Because the professional roofers at Southern Premier Roofing are considered GAF Master Elite Roofers, they get to install these brand new cutting edge solar shingles in North Carolina.

All about the new Solar Shingles available in NC

We are proud to bring this new technology, which can protect area homes and save homeowners money, to towns around Fayetteville like Raleigh, Durham NC, Greensboro, Charlotte, and other Eastern North Carolina communities.

Contact us today for a free roof inspection and consultation with a trained solar roofing expert. 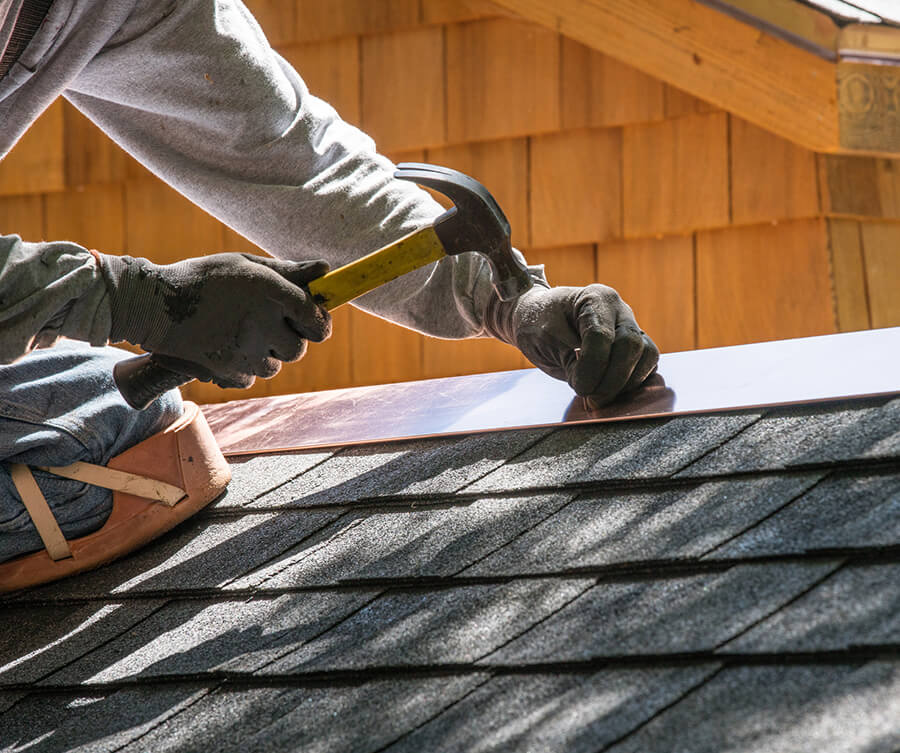 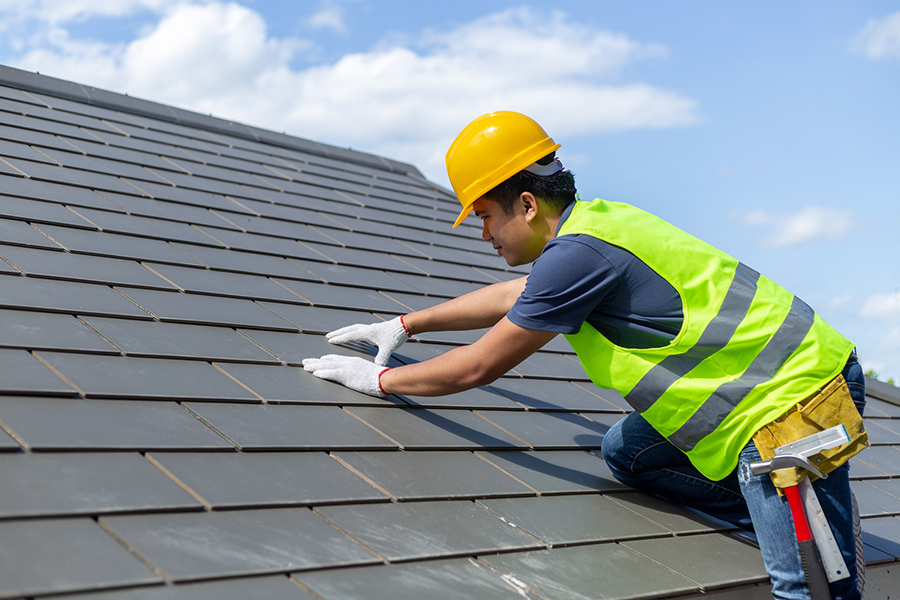 All About Dimensional Asphalt Shingle Roofing in Fayetteville NC

Asphalt shingles are easily the most typical roofing material used across the entire United States, including Fayetteville NC. Affordability, of course, is the biggest reason for this. Aside from being cheap, they also have a homey quality that gives the property an easy facelift with various colors and styles alike. For the longest time, traditional shingles got the rather negative reputation of being boring and dull.

Enter dimensional shingles, which have pretty much changed the game. In some cases, they are also known as architectural shingles or laminated shingles. 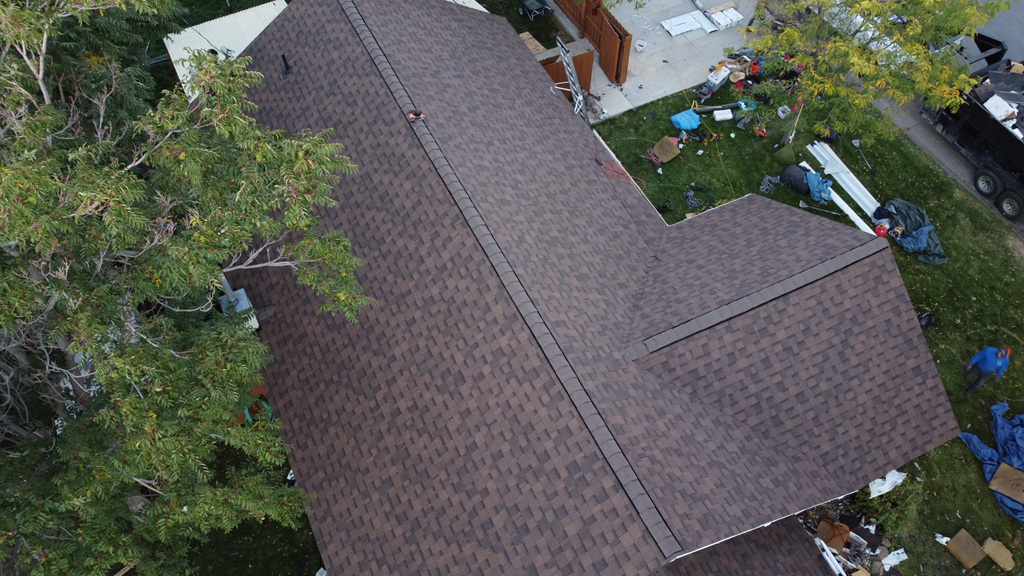 You may be wondering what dimensional shingles are in the first place. Don’t worry; you are absolutely not alone. Made from fiberglass mixed with asphalt as well as organic materials back in the 1970s, they also have added minerals for durability. They essentially took over the traditional 3-tab shingles that were roof replacements back then. Traditionally, shingles looked rather flat and have had zero depth ever since. For a look that has a lot more dimension, roofers used to just find creative ways to layer them. Dimensional shingles pretty much sprung from that tactic.

The biggest (and most vital) difference between traditional asphalt shingles and dimensional shingles lies in aesthetics. They look a lot like slate tiles or wood shakes, given their looks, depth, and even their thickness. As previously mentioned, traditional asphalt shingles are essentially flat in looks and border on what can be best described as unremarkable. On the other hand, dimensional shingles have two layers that are bonded together. The layer underneath is also exposed since any and all notches have been removed. Shingles then get a 3D (three-dimensional) display with tabs that contrast high and low.

What about Designer Shingles in Fayetteville?

People who gain familiarity with dimensional shingles are sometimes further confused when they come across the term designer shingles. In truth, those are just dimensional shingles that manufacturers have gone the extra mile with. They come in a wide variety of styles that go anywhere from the Victorian, to the rugged, to the ‘old world’, to dramatic, and so much more.

There are extra layers of asphalt on designer shingles. As the name suggests, designer shingles are ornately shaped, colored, and/or cut in order to be highly decorative. There are a number of other roofing-related names involved, like slate, tile, and shake. It’s essentially rooted in manufacturers shaping them to pretty much look like roofing types that are on the pricier end. Other terms across the roofing industry for designer shingles involve ‘ultra-premium’, ‘premium’, ‘architectural’, and ‘high definition.

The usual cost of dimensional shingles runs at about one-fifth (or 20 percent) above standard shingles. This is anywhere within the range of $3 to $5 for every square foot. When it comes to designer shingles, they’re generally higher at roughly $4 to $6 for every square foot. The price doesn’t even take the old roof’s removal into account at all. Ideally, shopping around with a number of reputable companies is the best way to get an accurate cost estimate in your local area.

While many people may balk at the “extra” expense, it pretty much pays off in the long run. There’s a rather high ROI (return on investment) when dimensional shingles are put to use.

Read on to learn more about the advantages of having dimensional shingles on a roof:

Essentially, roofing shingles come in quite a few materials, but asphalt is most common. There are three main types:

These are usually laminated with a rather high-end appearance and ideal functionality. Design-wise, they typically mimic shingles considered ‘old world’ like slate or natural shake shingles. Functional enhancements like impact resistance or solar reflectivity may also be included, which helps the roofing system’s overall lifespan.

These asphalt shingles are in a single layer, and they look like slate. They are the lightest ones available on the market. However, they are still able to give prime wind resistance given a durable fiberglass base. Home builders are the main users of this when economy-priced homes are being constructed. They are also made for replacement shingles for homes that have strip shingles already.

Multi-layered products give off a much sought-after multi-dimensional look. Compared to strip roofing shingles, these are generally heavier. Their warranty protections are also far more formidable, going anywhere from 30 years all the way to a lifetime.

When it comes to roofing, across the United States, asphalt shingles are the most common without question. Traditional ones are of a single layer; on the other hand, dimensional ones have multiple layers. It came about during the 1970s in order to be more upscale replacements for traditional 3-tab shingles. They are far more durable and even have an elevated version: designer shingles. Those have even more colors and ornate cuts available, depending on the aesthetics of the homeowner.

In need of a roofing contractor in Fayetteville, NC? Reach out to Southern Premier Roofing today! We have residential and commercial gutter, siding, and roofing services.